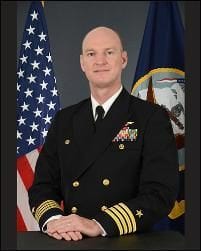 Captain Patrick Foege hails from Edwardsville, Illinois. He graduated from the United States Naval Academy in 1992 with a Bachelor of Science degree in Weapons and Systems Engineering. Following an overseas study program in Salamanca, Spain, he proceeded to Naval Aviation Flight training in Pensacola, Florida where he earned his Wings of Gold in 1994.

Captain Foege served as commanding officer of Helicopter Anti-Submarine Squadron (HS) 10 flying the H-60F/H Seahawk. During his Aviation Command tour, he was the recipient of the peer selected Navy and Marine Association Outstanding Leadership Award. Following his command tour, he deployed as Air Boss aboard USS BONHOMME RICHARD (LHD 6) and completed a hull swap with ESSEX in Sasebo, Japan.  Captain Foege commanded Amphibious Squadron ONE from July 2016 to December 2017 after serving 18 months as Deputy Commander.

Ashore, Foege performed flight instructor duty with HC-3 where he was named Instructor Pilot of the Year. His staff assignments include Deputy Executive Assistant to the Commander U.S. Pacific Fleet in Pearl Harbor, Hawaii. He completed a joint duty assignment at U.S. Transportation Command in the Operations and Plans Directorate, during which time he was selected as the Scott Air Force Base, Illinois Field Grade Officer of the Year, and served as the Deputy Executive Assistant to the TRANSCOM Commanding General. His most recent shore assignment was at Tactical Training Group Pacific where served as the Operations and Plans Syndicate Director.

In Aug 2019 he assumed the duties as Commanding Officer and Professor of Naval Science for the Naval Reserve Officer Training Corp (NROTC) Atlanta Consortium comprising the NROTC units at both Morehouse College and the Georgia Institute of Technology.

Captain Foege earned a Master of Science degree in Global Leadership from the University of San Diego and he completed Joint Professional Military Education at the Joint Forces Staff College.

Major Myron J. Thomas was born in New Orleans, Louisiana and grew up there and also in St. Louis, Missouri.  He enlisted in the Marine Corps in August 1999, and attended recruit training at MCRD San Diego, California. After graduation in November of 1999, Major Thomas attended Marine Combat Training at Camp Pendleton, California, and then reported to Financial Management School in Camp Johnson, North Carolina.

Upon graduation, Major Thomas reported to 2D Force Service Support Group where he served as a fiscal budget technician and comptroller until 2003. From 2003 to 2005, Major Thomas served as a Financial Manager and Resource Analyst at the Marine Corps Mobilization Command and subsequently at Defense Finance and Accounting Services, Kansas City, Missouri. In his subsequent assignment, Major Thomas served as the Regional Account Manager for Reserve Financial Affairs and as the physical training and martial arts instructor for the Mobilization Command.

Following the duty at Marine Corps Mobilization Command and Defense Finance and Accounting Services, Major Thomas was ordered to 3rd Marines Regiment and served as the Financial Analyst and Budget Chief for the Regiment from 2005 to 2007. In 2007, Major Thomas departed for the Marine Enlisted Commissioning Education Program.

Major Thomas was assigned as a student at the University of Missouri-Columbia under the Marine Enlisted Commissioning Education Program from 2007-2010. Upon graduation from the University of Missouri-Columbia with a Bachelors in Finance, he attended The Basic School and subsequently Infantry Officer’s Course. In October 2011 he reported to 1st Battalion, 7th Marines, and was assigned as a Platoon Commander and Company Executive Officer for Company C. During this tour, he completed two deployments to Sangin, Afghanistan as part of Operation Enduring Freedom.

From August 2014 to April 2017, he served as the Company Commander for Company B, Infantry Training Battalion, School of Infantry-West in Camp Pendleton, California. Upon his relief in 2017, Major Thomas was transferred to 2D Battalion, 1st Marines for duty as the Headquarters and Service Company Commander. Prior to deployment on the Unit Deployment Program-West 18.1 to Okinawa, Japan, Major Thomas became the Company Commander for Company F, where he participated in Exercise Cooperation Afloat Readiness and Training Brunei, Exercise Tiger Strike, and Fuji Viper.

From August 2018 to July of 2021, Major Thomas executed orders as the Charlie Company Inspector-Instructor, 4th Light Armored Reconnaissance Battalion located in Riverton, Utah.  During that duty he prepared the company to conduct Integrated Training Exercise 4-19 deploying them to Twenty-nine Palms, California and assumed duties as the company commander for several high profile training events.

Major Thomas is a graduate of the University of Missouri in 2010.  His personal decorations include the Navy and Marine Corps Commendation Medal (3), Navy and Marine Corps Achievement Medal with Combat “V” with gold star, the Combat Action Ribbon and other personal, campaign, and service ribbons. 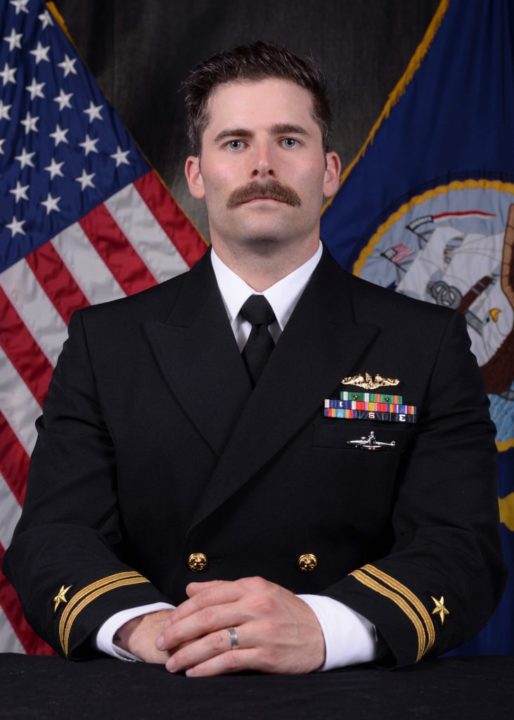 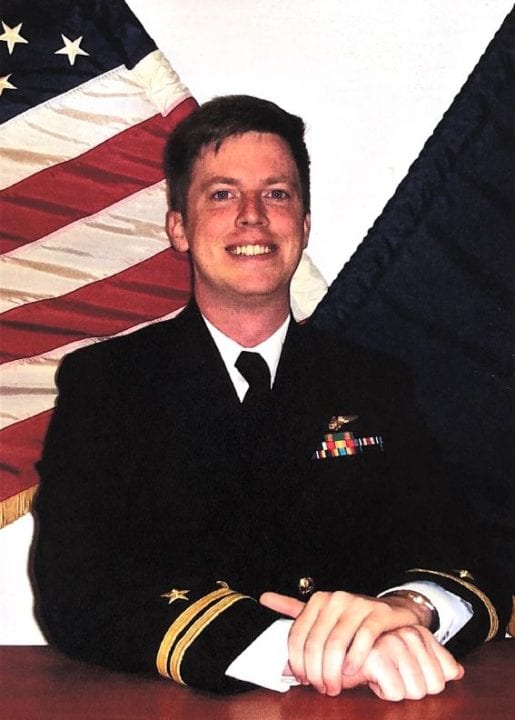 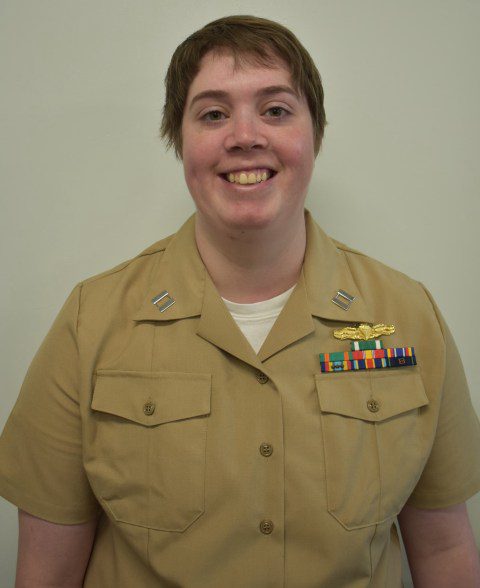 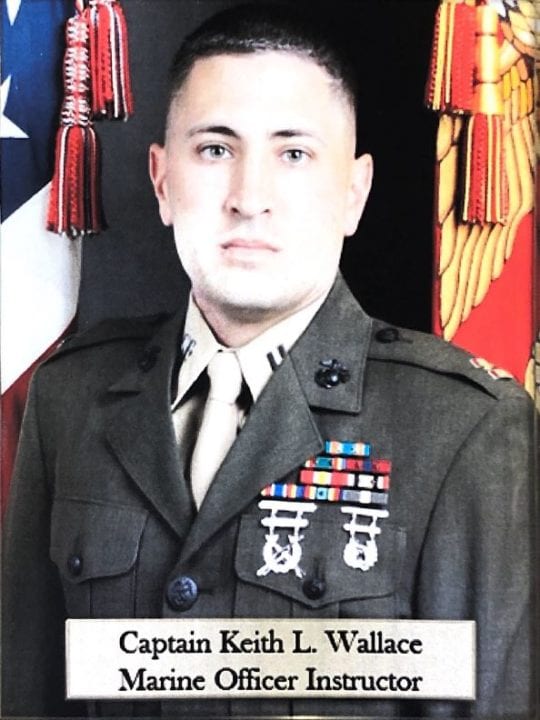 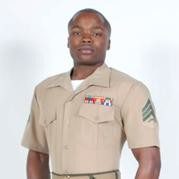